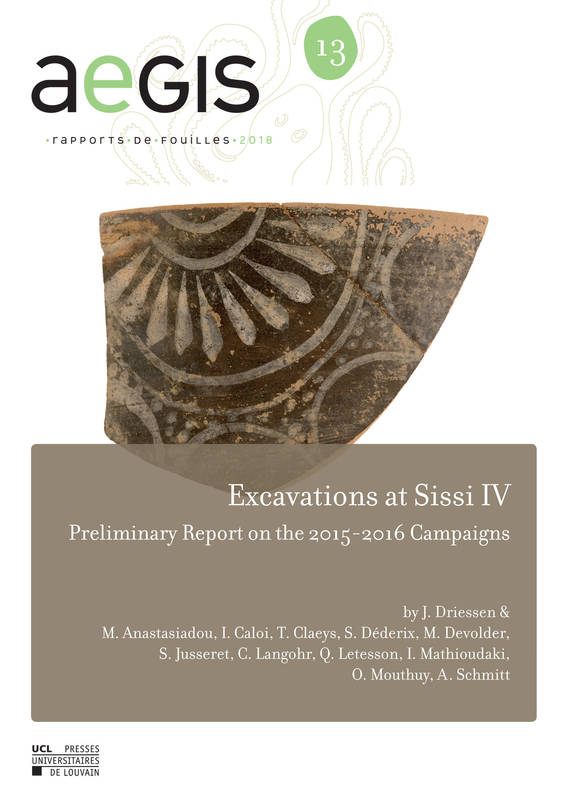 Following a first 5-year programme between 2007 and 2011 and three earlier
preliminary reports published as Aegis 1, 4 and 6, the Belgian School at
Athens returned to Sissi in 2015. This volume describes the results of the
2015 and 2016 campaigns, in part concentrating on the remains of a large,
Neopalatial monumental complex with Central Court, which was initially
recognised in 2011. There are also reports on the continuing exploration of
the Cemetery and on tests conducted around/in the immediate vicinity of
Postpalatial Building CD. In addition, chapters dealing with the geophysical
exploration and geomorphology of the hill and region are presented, as is a
presentation on how architectural remains are recorded. Preliminary studies of
ceramic assemblages of the Prepalatial and Neopalatial periods are also
included.
S'identifier pour envoyer des commentaires.