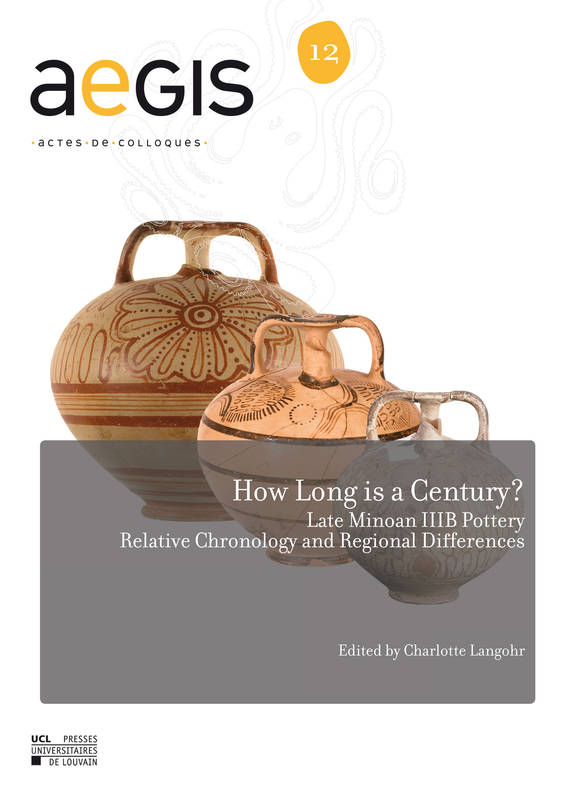 How Long is a Century?

How Long is a Century?

Covering approximately the century between 1300 and 1200 BC, the Late Minoan IIIB phase remains a blurred episode of Minoan civilisation. Archaeological data present a contradictory picture: on the one hand, they suggest a time of prosperity, with favourable conditions of subsistence and growth; on the other hand, there are signs of trouble illustrated by a series of abandonments of century-old occupied settlements. Did these processes take place simultaneously, in succession or were they punctual? Can we make sense of the various Late Minoan IIIB developments from a chronological perspective? How can a region-by-region analysis inform us about the various island communities and their histories during the 13th century BC? The international workshop which the present volume reflects took place at the UCLouvain in Belgium on the 24th and 25th of October 2013. It specifically addressed these questions and focused on the gradual transformation of Cretan society throughout the 13th century BC by concentrating on a single aspect of its material culture: the pottery.
It was our intention to bring together a number of ceramic experts in charge of the study of Late Minoan IIIB pottery deposits in a selection of Cretan sites. We wanted them to discuss, confront and contextualise their respective assemblages. The gathering was successful in many ways and not in the least because not only we managed to progress on a variety of thorny issues but it was also a real treat to assist in the thrilling exchanges between the inspiring personalities who compose the 'family' of Minoan (and Mycenaean) pottery specialists.
S'identifier pour envoyer des commentaires.