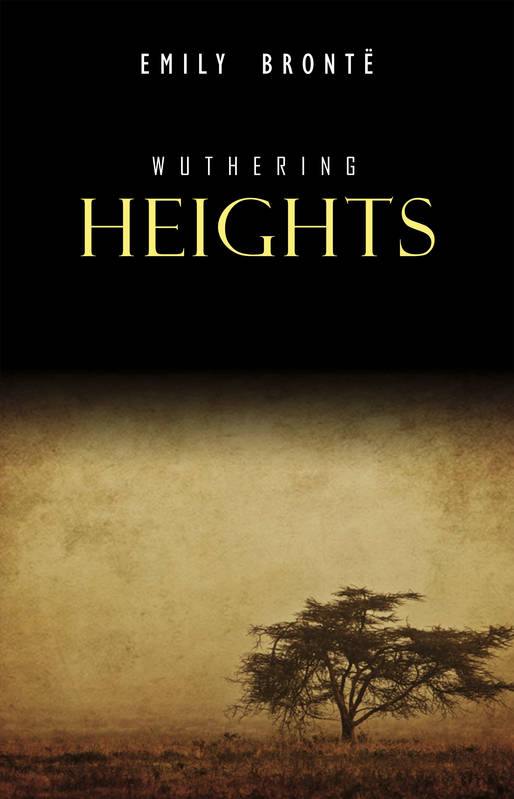 Considered lurid and shocking by mid-19th-century standards, Wuthering Heights
was initially thought to be such a publishing risk that its author, Emily
Brontë, was asked to pay some of the publication costs. Wuthering Heights is a
wild, passionate story of the intense and almost demonic love between
Catherine Earnshaw and Heathcliff, a foundling adopted by Catherine’s father.
After Mr Earnshaw’s death, Heathcliff is bullied and humiliated by Catherine’s
brother Hindley and wrongly believing that his love for Catherine is not
reciprocated, leaves Wuthering Heights, only to return years later as a
wealthy and polished man. He proceeds to exact a terrible revenge for his
former miseries. The action of the story is chaotic and unremittingly violent,
but the accomplished handling of a complex structure, the evocative
descriptions of the lonely moorland setting and the poetic grandeur of vision
combine to make this unique novel a masterpiece of English literature. A fiend
of a book — an incredible monster... The action is laid in hell, — only it
seems places and people have English names there. —Dante Gabriel Rossetti A
monument of the most striking genius that nineteenth-century womanhood has
given us. —Clement Shorter The greatest work of fiction by any man or woman
Europe has produced to date. —Anthony Ludovici There is no “I” in ‘Wuthering
Heights’. There are no governesses. There are no employers. There is love, but
it is not the love of men and women. Emily was inspired by some more general
conception. The impulse which urged her to create was not her own suffering or
her own injuries. She looked out upon a world cleft into gigantic disorder and
felt within her the power to unite it in a book. —Virginia Woolf
S'identifier pour envoyer des commentaires.