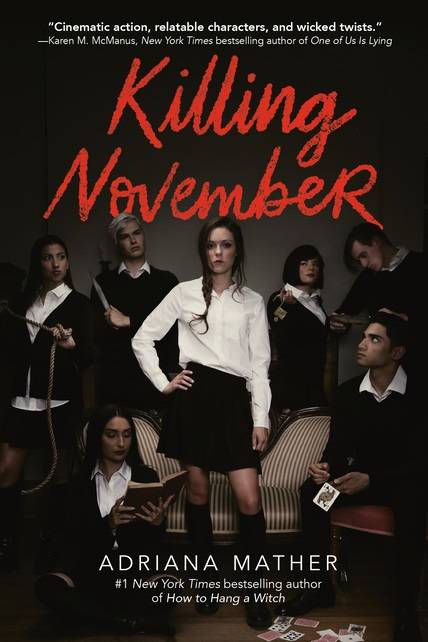 At the Academy Absconditi, there's no electricity, no internet, and an archaic eye-for-an-eye punishment system. Classes range from knife throwing and poisons to the art of deception. And the students? Silver-spoon descendants of the world's most elite strategists--all training to become asassins, spies, and master imporsonators.

One is a virtuoso of accents--and never to be trusted. Another is a vicious fighter determined to exploit November's weaknesses. And then there's the boy with the mesmerizing eyes and a secret agenda. November doesn't know how an ordinary girl like her fits into the school's complicated legacy. But when a student is murdered, she'll need to separate her enemies from her allies before the crime gets pinned or her...or she becomes the killer's next victim.
S'identifier pour envoyer des commentaires.