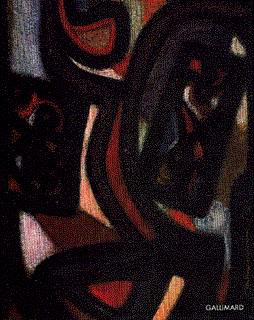 Catalogue raisonné of the complete works

Voir toutes les offres (120) pour ce produit.
«Plastically, and it's essential, Atlan was able not only to provoke the emergence of a world of forms, but to render visible the very emergence itself. He came to know the value of slowness, and it's in this that he can rightly be called "classical". The emergence isn't decomposed, it is suspended to the forms it brings with it, and these forms in turn seem to give the emergence poise, while making for the balance of the painting. The dancing movement stops, and a dark line embraces a colour. Night and silence come back into their own : "I'm no figurative painter, at least up till now, because the forms I feel viscerally (without that kind of feeling, there's no painting), are ones that project the spectator (the human being, myself) into unknown territory, making him aware that he is surrounded, on the inside and on the outside, by terrible, sometimes hostile, forces - that are mysterious and yet strangely familiar." What painting means then is to attain, not to the absence of fear, but to enough desire and joyance for fear, ineradicable fear, to stay alive, in an area where the terrible and mysterious forces have at last becom familiar.»Alain Bonfand.
A biographical essay by Kenneth White. Preface by Alain Bonfand. The Catalogue raisonné, conceived and written by Jacques Polieri, has been compiled by Denise Atlan, Camille Atlan and Jacques Polieri
S'identifier pour envoyer des commentaires.